IIASA remains committed to strengthening the knowledge and abilities of researchers in systems analysis by training early-career researchers and demonstrating the value of its integrated models in workshops around the world. The Young Scientists Summer Program and Postdoctoral Programs in particular, provide vital capacity building in this field.

For three months every summer, the flagship Young Scientists Summer Program (YSSP) provides an opportunity for around 50 to 55 PhD students to work alongside IIASA researchers. During their stay, each participant is required to prepare a research paper. Many of these papers are published in prestigious journals. Since 1977, over 1,920 young scientists from 87 countries have benefitted from the program. The 2017 program hosted 49 participants from 26 countries.

In June 2017, the YSSP celebrated its 40th anniversary. This was marked by a two day conferenece in Laxenburg. YSSP alumni from 1977 to 2017, IIASA Council members, and distinguished scientists from outside of IIASA were invited to renew their ties with the institute, and consider the past and future of the YSSP.

The Postdoctoral Program allows early‑career scientists to research a topic related to the scientific agenda at IIASA and hone their skills in systems analysis. Postdoctoral fellows at IIASA are funded with support from the institute and two honorary fellowships established in honor of Dr. Peter de Jánosi, IIASA Director from 1990 to 1996, and Luis Donaldo Collosio, a former IIASA researcher who was assassinated in 1994 while campaigning for the President of Mexico.

IIASA has instituted two annual awards for exceptional young scientists participating in the YSSP. The Peccei Award is awarded in recognition of rigorous research that makes a policy contribution, while the Mikhalevich Award is given to students who use mathematical tools to solve real-world questions. The recipients of these awards are allowed to return to IIASA for another three months. 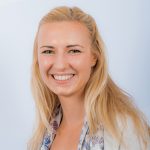 Hana Mandova received the Peccei Award for her paper titled, “Optimization of European biomass resources for integrated steel plants”. Mandová is a second-year PhD student at the University of Leeds, UK, and spent her YSSP summer in the Ecosystems Services and Management Program. 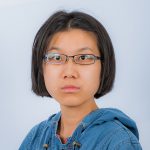 Yaoping Wang also received a Peccei Award for her paper titled “Hydroclimate impacts on current and planned coal-fired power plants in Asia”. Wang is originally from China and is a PhD candidate at Ohio State University, USA. She spent her summer in the Energy Program. 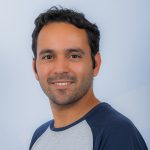 Pablo Ortiz Partida received the Mikhalevich Award for his paper on “Robust management of multipurpose reservoirs under uncertainty”. This work was a result of his time spent with the Water, Ecosystems Services and Management, and Advanced Systems Analysis programs over the summer. Originally from Mexico, Partida is a PhD candidate at the University of California, Davis, USA, under a scholarship from CONACYT (Mexico’s Science and Technology Ministry).

In 2016, the South African National Research Foundation and the country’s Department of Science and Technology, in collaboration with IIASA, launched the Southern African Systems Analysis Centre (SASAC), with the aim of expanding systems analysis capacity in the region. The center is currently hosted by a consortium of four South African universities, namely the Universities of Limpopo, Stellenbosch, the Western Cape, and the Witwatersrand.

SASAC, which builds on the success of the Southern African Young Scientists Summer Program that ran from 2012 to 2015, provides a dedicated bursary program with annual calls for South African PhD students based at South African universities to pursue their studies with a supervisor experienced in systems analysis. The center also offers an annual capacity-enhancement program for South African and international postdoctoral researchers.

In 2017, 20 PhD students were awarded three-year bursaries, forming the second cohort of SASAC-supported PhD students. These students received six weeks of intensive training in systems analysis at two South African universities, and had the opportunity to visit IIASA for a week, to learn more about the institute and its research. In addition, 27 postdoctoral researchers from Cameroon, India, Iran, southern Africa, and Tanzania had the opportunity to attend a three-week capacity-enhancement program, which included presentations by IIASA researchers. The program comprised training units in advanced methodology, research skills, and scientific writing within a systems analysis framework.

In 2017, IIASA scientists hosted or coordinated 98 events worldwide, including a number of workshops and activities designed to build capacity in systems analysis. Below is a small selection of these activities.

Workshops on Negative Emissions, Food Security, and the SDGs, IIASA

Workshop on Demographic Analysis with Applications to Aging Societies, Thailand

Workshop on Scientific Support to Pollution Management in the Hanoi Region, Vietnam